The 18th Human Resources Summit sponsored by Kariyer.net has united the human resources community in the Respect for Human Awards, which are presented to companies that respond to 100 percent of candidate applications, create the most jobs and receive the highest number of applications.

On the evening of May 2, more than 20,000 employers were evaluated under several criteria such as:

The receipt of at least 20,000 applications,

Responding to at least 99 percent of all applicants within 21 days,

The hiring of at least 75 percent of the applicants. The best employers were given their awards at the ceremony, which was held on the evening of May 2.

was honored with the grand prize for receiving approximately 30,000 applications in 2018, responding to 99.8 percent of all applicants within two days, and recruiting 79 candidates through Kariyer.net.

It was a true honor for Ali Raif İlaç to be validated in its key corporate principle: respect for people. 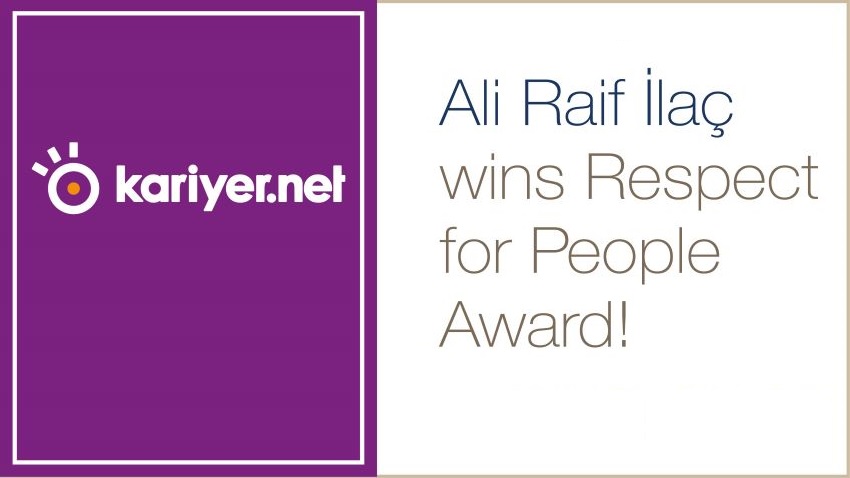